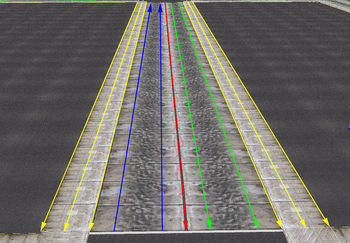 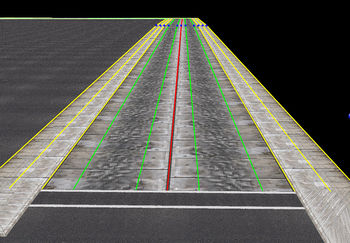 Control curvest for a one-way road with four lanes